It’s been a while, but we are back to say hello!

It has been a while since you received our last email letter—we will be sending more regular newsletters going forward.

I would like to start by summarizing highlights of our activities:

During my 2018 visit to Tanzania I travelled to each of the four schools where we sponsor students. At three of the schools, I reviewed student files and spoke to school staff about financially needy students. In the end, nine students were chosen at KCMC School of Nursing in Moshi, eight at Tukuyu School of Nursing in Tukuyu and eight students at Operating Theatre Management School in Mbeya.

I would like to tell you a little about one of the new students. Her name is Sophia. She is a young Muslim lady from Bagamoyo, located on the Indian Ocean coast. She is the middle child of a family with five children. Her father died in 2001 and her mother suffers from HIV/AIDS. None of her siblings progressed beyond the first year of secondary school; Sophia completed four years of secondary school with marginal grades due to the family’s economic circumstances.

In order to be eligible to apply for nursing school, she had to retake the national examinations in certain secondary school subjects. To do this she switched from selling food items on the street to working as a house girl, studying when she could, and eventually passing all subjects. She then applied to the Education Ministry and was assigned to a private nursing school, for which she did not have sufficient money to start her studies. We were introduced to her by Lilian, a teacher at the KCMC School of Nursing in Moshi, and we agreed to sponsor her from the first year if she could switch enrollment to KCMC.

When I Sophia in November, I learned that she only had about $25 and needed essential items to get started at the school, which we also assisted her with. Based on reports received, she has settled in and is working very hard. 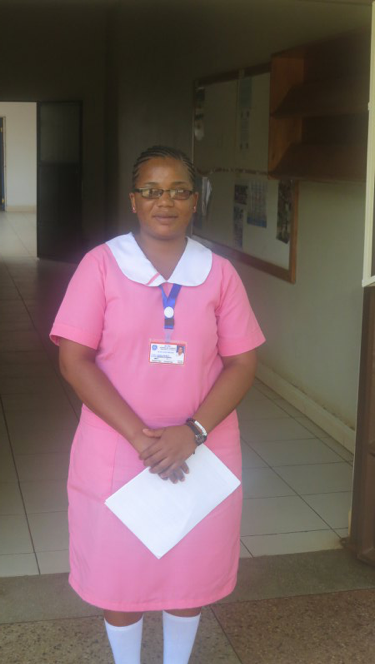 One of the highlights of this visit to Tanzania was to attend the graduation of two young ladies, Chiku and Zawadi, who had been sponsored by TNSP for their diploma in nursing. After working for several years, both decided to continue their nursing studies, earning bachelor’s degree in nursing (BSN) at St. John’s University.

At each school I take the sponsored students for dinner, which is always an enjoyable task. The students are very happy to have (almost always the same!) a dinner of fried chicken and french fries. At the school in Moshi I invited Romana Olomi, who is both a social worker and registered nurse, to also attend. She gave the students a short talk about empowerment through education.

Other Form of Donations: Almost all donations that we receive are cash. Another possible way to make a donation would be in the form of shares that (1) have been held in excess of one year and (2) have appreciated in value. By making a donation of such shares the following happens:

This site provides a very simple example: https://www.nolo.com/legal-encyclopedia/donating-stock-charity.html. Donated shares can be either shares traded on a market or mutual fund shares. You may want to obtain tax professional tax advice.  Any amount donated in shares would be most welcome and may result in a tax saving to you.

We would like to thank all of you for your support over the years. This has been a tremendous experience for all of us to see the young ladies we sponsor mature into capable and confident nurses able to support themselves and their families. Thank you!!